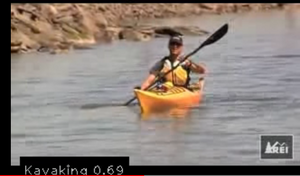 Nervanasys, deepgroup activity analysis(semantic segmentation). Identifies kayaking, crime, loitering, jumping over walls and normal activity. Sends and alert on any abnormality, replacing expensive cctv operators. Pose estimation Indicates for example if a person is carefully sneaking around a corner, jumping, it can even flag the same person by his unique gait. 25 key points on a person, indicating normal and anomalous behavior. person reidentification and Yolo based Deep sort and ☀https://github.com/martinruenz/maskfusion/ tracking combined enables the reid of persons at an occlusion event, meaning multiple people crossing each others path are tracked without loss as they walk from street to street. It allows multiple Tracked vehicle fitted with PepperBall, model rc tanks to engage intruders at the gate as you arrive from home.

The same person reid algorithm is used for vehicle reid(github link to follow), if a specific vehicle/sets of vehicles pass the same sequence of stationary cameras on the network. The idea is to determine if a vehicle is being followed past a set of cameras and should another vehicle have taken the same route an alert is generated. A camera mounted in the back of the vehicle(connected to Nvidia Jetson) will also do reid and License plate of any tailing vehicles. Capturing every license number from the front oncoming vehicles and then having the same vehicle behind you will flag an alert. False number plate flagging is done in real time because every vehicle has its biometrics captured on a database. The Rolex gang for example finally had their wings clipped because their fake license plates were detected. Fit vehicles with Yolo based number plate scanning and intercept the vast number or armed robberies before they occur.

Yolo ,Yolo_training#object_tracking real time multiple object detection of cars, people, facial recognition etc. at frame rate of 30fps to 200fps, making it the fastest CNN on a TintanX gpu or Nvidia Jetson and written in plain procedural C allowing for the mechatronic convergence of Lathe, Tracked vehicle, Optical encoders, ESC speed control and PID control. It lessens the need for a complicated faster fpga implementation of other CNNs. faceter.io, https://aws.amazon.com/rekognition/ using pose estimation(skeleton tracking), tracks individuals. Use Yolo to do facial detection, upload it to Amazon cloud for recognition and save on using the github repos they are using. Yolo indicates whether a care giver is in close proximity to a child or frail person, Amazon's algorithms(from github) will flag inappropriate behavior. The code is from the pose estimation repos on github, but the proprietors of the opensource code are paid lots of money for commercial usage. In South Africa we can ignore this with a Fronting company.

In two years a neural kpu compute chip will come out that does the dot product between the vectors in memory with analogue voltage, using only milliWatts as opposed a GTX1080 consuming 200watts for the same calculation. This will allow farmers to deploy hundreds of stealth virtual security guards, running off AA batteries seeing in the dark. with low powered Infrared leds. GPU's and Fpga have to shuttle the data from memory and back, dissipating between 10 and 200watts. Artificial intelligence is the metaphor for dot product based brute force curve fitting, there isn't anything contrived nor intelligent about it. Skynet is no more possible than partial differential equations taking over bridges.

Two minute papers using neural nets with wifi to detect people inside a building. Same tech could be used to discriminate between bush pigs and humans in the bush, using cheap Doppler Radar modules. https://www.spotterrf.com detects intruders in a 1x1.4km grid, providing updated position, heading, and speed measurements up to 8 times per second. With military grade human radar detection, a farm could be safer depending on circumstance. Each farm worker Gprs and wifi streaming his GPS position, which is correlated with the radar. A Quad frames fitted with Thermal imaging cameras and Yolo on FpGa flies out, intercepting a worker walking around the dam perimeter without his GPS tracking device.

Yolo and neural based Object tracking, Mdnet tracking allows for example ridding reefs of destructive Lion fish by capturing them for consumption with an unmanned model robotic submarine. Retail solutions would be stacking fifty Raspberry pi around the shopping aisle, streaming footage to a Nvidia GPU Jetson module . The jar of peanut butter and patron are tracked in real time. Yolo identifies the products on the cashier line, allowing for rapid processing of items in excess of manual laser scanning speeds. Much fewer cashiers will be needed. A Farmbot type Weed removal with Chris Annin six axis robot mounted on UGV is done with Yolo identifying the weeds.

Retrieved from "https://sasecurity.fandom.com/wiki/Neural_networks?oldid=19131"
Community content is available under CC-BY-SA unless otherwise noted.